Are you looking for a book to enhance or start your Yoga Practice? Here is a great list produced by YogaJournal.com that you can use to reference – enjoy!

The Runner’s Yoga Book: A Balanced Approach to Fitness by Jean Couch. One of the best introductions to the practice of yoga postures. Clearly written and well organized, with more than 400 illustrations and photographs. The models demonstrate three levels of practice—beginning, intermediate, and advanced—so this book will have a long shelf life and be useful for years to come. Covers nearly 100 postures (along with variations), all of them suitable for beginners. Also includes sections on yoga basics and organizing a home practice.

Yoga for Body, Breath, and Mind: A Guide to Personal Reintegration by A.G. Mohan. A traditional approach to yoga from a student of the late T. Krishnamacharya, one of the great yoga teachers of this century. Includes introductory chapters on yoga and personal reintegration and the role of the postures, basic instructions on 23 postures (including three inversions), and the proper sequencing (vinyasa) of a daily practice, yoga breathing, meditation, and yoga therapy.

Yoga for Dummies by Georg Feuerstein and Larry Payne. Yes, the title is a little off-putting, but think of it this way: According to the ancient yogis, we’re all infected with a kind of spiritual ignorance that makes us “dummies” about the nature of our true selves. This book will no doubt make us a lot smarter. Feuerstein is one of the finest and most prolific contemporary writers on yoga and yoga-related subjects, and Payne is a master of “user-friendly” yoga.

The Breathing Book: Good Health and Vitality through Essential Breath Work by Donna Farhi. An excellent introduction to the “essentials” of breathwork that will help the beginner prepare for Pranayama, the practice of yoga breathing. Features sections on basic breathing awareness and the anatomy of breathing, common breathing obstacles, preparatory exercises, simple yoga breathing, breathing for couples, breathing “meditations,” and breathing for health and well-being, focusing on various health-related conditions (such as stress, headache, and insomnia), childbirth and menopause, and athletic performance.

The Tree of Yoga by B.K.S. Iyengar. A general introduction to yoga and its practices by one of the foremost yoga teachers in the world today. Chapters are mostly short “meditations” on subjects like yoga and its place in our daily life, the practical and symbolic meanings of the various classical practices, yoga and health, and the physical, psychological, and spiritual effects of yoga.

Light on Yoga and Light On Pranayama by B.K.S. Iyengar. These companion volumes are classic twentieth-century instruction manuals that should be in every student’s library, regardless of his or her chosen approach. Light on Yoga offers detailed instruction in 200 yoga postures, illustrated with more than 600 photographs. Light on Pranayama is the most comprehensive text available on the practice of yoga breathing. Sections cover the theory and “art” of pranayama, and the techniques of the primary breathing exercises.

Yoga: The Spirit and Practice of Moving into Stillness by Erich Schiffmann. Schiffmann is one of this country’s most respected teachers. He has a unique perspective on yoga practice and writes about it with grace and intelligence. The first two sections spotlight basic exercises for breath- and self-awareness, and the fundamentals of yoga postures. The book’s core surveys more than 40 major asanas. Concluding sections treat meditation and techniques for cultivating “spontaneous wisdom.”

The Heart of Yoga: Developing a Personal Practice by T.K.V. Desikachar. Mr. Desikachar is, along with Mr. Iyengar, one of the most influential teachers in the twentieth century. There are really three books in this one volume: a practical guide to yoga postures, breathing, and “locks” (bandha); a survey of classical yoga philosophy (which includes transcripts of question-and-answer sessions with Mr. Desikachar and his students); and Mr. Desikachar’s translation of, and commentary on, Patanjali’s Yoga Sutra (a good introduction to this fundamental yoga text).

Kundalini Yoga for the West by Swami Sivananda Radha. I went back and forth a long time between this book and Swami Radha’s delightful Hatha Yoga: The Hidden Language. Kundalini Yoga explores the “mystical aspects” of hatha yoga through the six traditional energy centers (chakra) in the subtle body. Contains a wealth of information about the yoga tradition and its symbolism, personal thoughts and reflections on a variety of topics (e.g., death, ego and self-image, worship, and kundalini, the cosmic energy at the base of the spine), self-awareness exercises, visualizations, and yoga practices.

Bhagavad Gita (Lord’s Song) Recommended translations by R.C. Zaehner or Barbara Stoler Miller. One of the two traditional scriptures (along with Yoga Sutra) that should be read by every serious yoga student. Written by an anonymous sage sometime in the third or fourth century B.C. and inserted as a very small episode (about 700 stanzas) into the great Indian epic, the Mahabharata, the Gita is a poetic discourse on an integral yoga that combines the paths of intuitive wisdom (jnana), selfless action (karma), and devotion (bhakti). I like the Zaehner translation and commentary, but many students find it too academic. The Stoler Miller translation includes an interesting afterword about the Bhagavad Gita’s influence on Henry David Thoreau’s Walden.

Power Yoga by Beryl Bender Birch. Power Yoga is one of the most popular and challenging forms of contemporary yoga. While Birch writes about her life in yoga with an engagingly personal touch, her posture instructions are direct and precise. Covers the history of Power Yoga, breathing techniques, two variations of Sun Salutation, nearly 40 standing, seated, and closing postures of the “primary series” (which emphasizes forward bends), 14 introductory postures for the “second series” (emphasizing backbends), and yoga therapy.

Science of Breath: A Practical Guide by Swami Rama, Rudolph Ballentine, and Alan Hymes. A perspicacious examination of the relationship between the anatomy and mechanics of breathing and the practice of pranayama by two medical doctors and the founder of the Himalayan Institute. Chapters on “Why Breathe,” “Respiration and the Chest,” “Nasal Function and Energy,” and “The Science of Prana.” The last chapter covers breathing exercises and techniques, cleansing exercises, and sitting postures.

The Yoga Tradition by Georg Feuerstein. The Yoga Tradition is the culmination of Feuerstein’s large and distinguished body of work on the history, philosophy, literature, and practices of yoga. It covers the evolution of yoga from its archaic roots in the Indus-Sarasvati civilization (in what is now Pakistan) some 5,000 years ago, to the appearance of hatha yoga around the tenth century. Includes translations of primary yoga texts (some in full, some selected sections) such as the Yoga Sutra, the Shiva Sutra, and the Yoga Vasishtha.

The Yoga of Light by Hans Ulrich Rieker. This rendition of the Hatha Yoga Pradipika—one of the classic instructional manuals of hatha yoga—is Elsy Becherer’s English translation of Rieker’s German translation. Written in the mid-fourteenth century by Svatmarama Yogindra, it’s divided into four chapters that cover the foundation practices of “forceful” (hatha) training: asana (postures), pranayama (breathwork), mudra (seals), and samadhi (absorption). I must admit that I’m not entirely happy with this particular translation and commentary; however, it’s the only one widely available and until something better comes along, will have to serve.

Yoga Sutra (Aphorisms on Yoga) by Patanjali; recommended translations include The Yoga-Sutra of Patanjali by Georg Feuerstein and Yoga: The Discipline of Freedom: The Yoga Sutra Attributed To Patanjali by Barbara Stoler Miller and The Essence of Yoga: Reflections on the Yoga Sutras of Patanjali by Bernard Bouanchaud. The Yoga Sutra is the basic textbook of classical yoga, compiled by Patanjali in the second or third century. The first systematic presentation of the yoga vision (darshana) that influenced many subsequent schools. There are numerous translations/commentaries available. Feuerstein’s translation adheres most closely to the original letter and spirit of the text, but many of my students find it too academic. Stoler Miller’s translation is short and reader friendly. Bouanchaud appends a number of thought-provoking themes for personal reflection to each sutra. 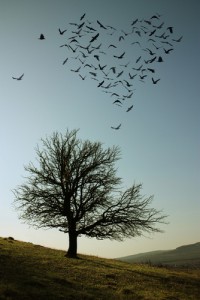 “I offer you peace. I offer you love. I offer you friendship. I see your beauty. I hear your need. I feel your feelings. My wisdom flows from the Highest Source. I salute that Source in you. Let us work together for unity and love.” ~ Gandhi

How to Register for Wellness Living

How to Login to Wellness Living and Join a Class 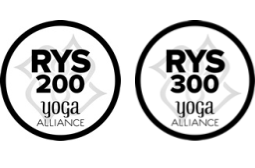